Indy and Henry booked one-way passage on a Zeppelin to get them out of Germany and away from Nazi agents. 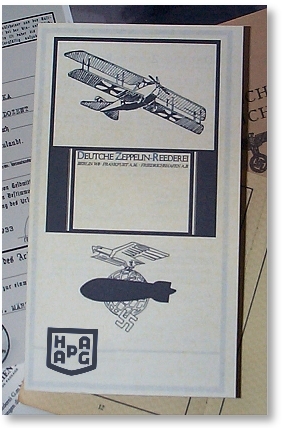 This full scale replica is based on both original zeppelin tickets and on the original film prop. In the movie, Indy and the many passangers are all seen carrying large folded tickets like this one. 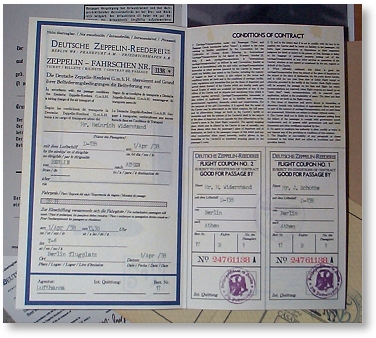 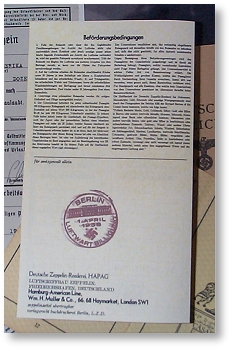 The details of this replica were carefully researched. For example, althought the film makes no reference to their destination, the novelization does. The front of the ticket is a decorative cover complete with a Nazi logo showing a zeppelin matching the original props perfectly. The ticket is complete with "Conditions of Contract" in both English and German, and officially approved with three replica approval stamps, one red, the others purple.