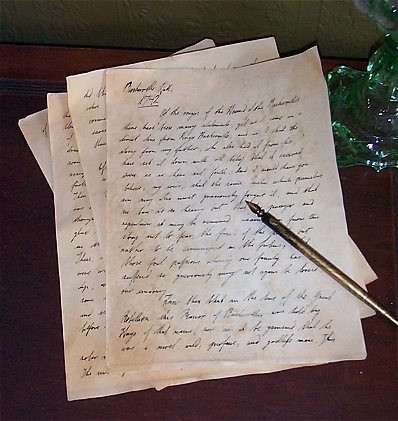 In one of Sherlock Holmes' most famous cases, The Hound of the Baskervilles, this document was shown to the great detective detailing the legend of the family curse.

Reproduced from full text found in Conan Doyle's novel, this tale tells of the evil Hugo Baskerville, his diabolical oaths and the giant hound that was released upon the quiet British moor. 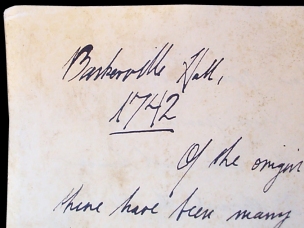 This four-page (double-sided) replica is heavily aged by hand to match the appearance of a centuries-old document, printed from a master which was entirely hand-written using an old-fashioned dip pen in an historically-accurate 18th century script. Looks very authentic when framed, and goes well with other Sherlock Holmes memorabilia.